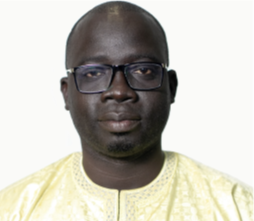 Balla Diop Ngom, Nanomaterial’s scientist, originally from the West African country of Senegal, holds an undergraduate degree in solid state physics, photonics and fluid dynamics from the Université Cheikh Anta Diop de Dakar (UCAD), Dakar, Senegal. His keen interest led him to complete doctoral studies in Physics at the same university, which culminated in a Magna Cum Laude merit award for his novel research on the microstructure and optical properties of thin films and nanorods of W-doped ZnO prepared by pulsed laser deposition. His dedication and commitment to the field has led him to pursue a second PhD with the University of the Western Cape (UWC), Cape Town, South Africa. As a result of these distinguished academic achievements, Balla has gained some 10 years of in-depth knowledge and experience in the multi-disciplinary field of Nanosciences, with a specific focus on photonics, optics, Energy and smart Nanomaterials. Dr Ngom has produced substantial ISI scientific publications and served as a reviewer in ISI journals such Applied Surface Science, Materials Sciences and Engineering B, Lasers and Optics in Engineering …etc. He is involved in numerous international co-operation programs in Nanosciences with an obvious focus on Nanophotonics and novel multifunctional materials. Being involved in numerous international, Dr Ngom is the Communication officer of the Nanosciences African Network as well as the Editor of the NanoAfnet representative in the international Cooperation Partner Countries Nanosciences Network (ICPCNanoNet) Nanoarchives. Dr Ngom has and is involved in direct co-supervision of an extensive postgraduate students from Africa through the ICTP, NanoAfnet and African Laser Centre funded programs at iThemba LABS in Cape Town, South Africa as well as at the UNESCO-UNISA Chair in Nanosciences and Nanotechnology. In an attempt to take part in the fascinating Nanoworld, and to contribute to its ambitious challenges, Dr Ngom have conducted several postdoctoral position, he has conducted a postdoctoral position at the INRS_EMT in Canada under the supervision of Prof Chaker, before returning to South Africa where he served for 2 years as a postdoctoral position at the Nanosciences Laboratories of iThemba LABS under the supervision of Prof Maaza before joining the University of South Africa (UNISA) for his third postdoctoral position. Dr Ngom is an associate of the UNESCO-UNISA Chair in Nanosciences et Nanotechnologies hosted at the University of south Africa, Pretoria, South Africa and currently employed at the Université Cheikh Anta Diop de Dakar, Dakar, Senegal Where he is as Associate Professor and Director of the Laboratoire de Photonique Quantique d’Energie & NanoFabrication. Prof Ngom is a Future Leaders – African Independent Research (FLAIR, a project funded by the Royal Society of UK in partnership with the African Academy of Sciences. Additionally, Prof Ngom has also developed strong entrepreneurial instincts, which have not only led to several awards, but have also guided his research to yield devices with commercial potential. His greatest strengths match those most necessary for creating a cutting edge multi-disciplinary research in the dynamic of novel nano-structured materials/methods for applied nanotechnology.